Last week Missouri got a lot of rain, which caused flooding in the Meramec river valley near St. Louis. I received a link to an ArcGIS Image Service that Surdex had created and provided that showed the flooding as of Tuesday 5/2. They flew this imagery as a service to the government and first responders, hoping to help those affected quicker and more efficiently. 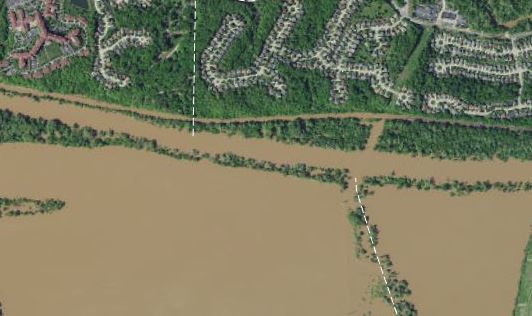 I was really interested in this imagery, but it lacked some context - I couldn’t tell how the flooding depicted in the imagery compared to normal conditions. I knew ArcGIS Web AppBuilder had a swipe widget though, so I quickly:

This app provided a really compelling, interesting view of the data: