2016 was a year of biking for my wife and me. We biked many trails in St. Louis, and even did part of the Katy Trail. So when I saw St. Louis City alderman Scott Ogilvie tweeting about Great Rivers Greenway, the trails organization in the St. Louis area, I started wondering what the future of St. Louis trails will be.

Luckily the Great Rivers Greenway organization has a pretty good resource for getting their data in shapefile format: http://greatriversgreenway.org/gis-data. The data is quite interesting.

One of the most practical uses of the data is to create a combined biking trails map of the St. Louis Area:

After looking at the trails map, I immediately wanted to see where the future paths were going to be. I placed the exisiting (green), in-progress (yellow), and planned (red) paths on a map: 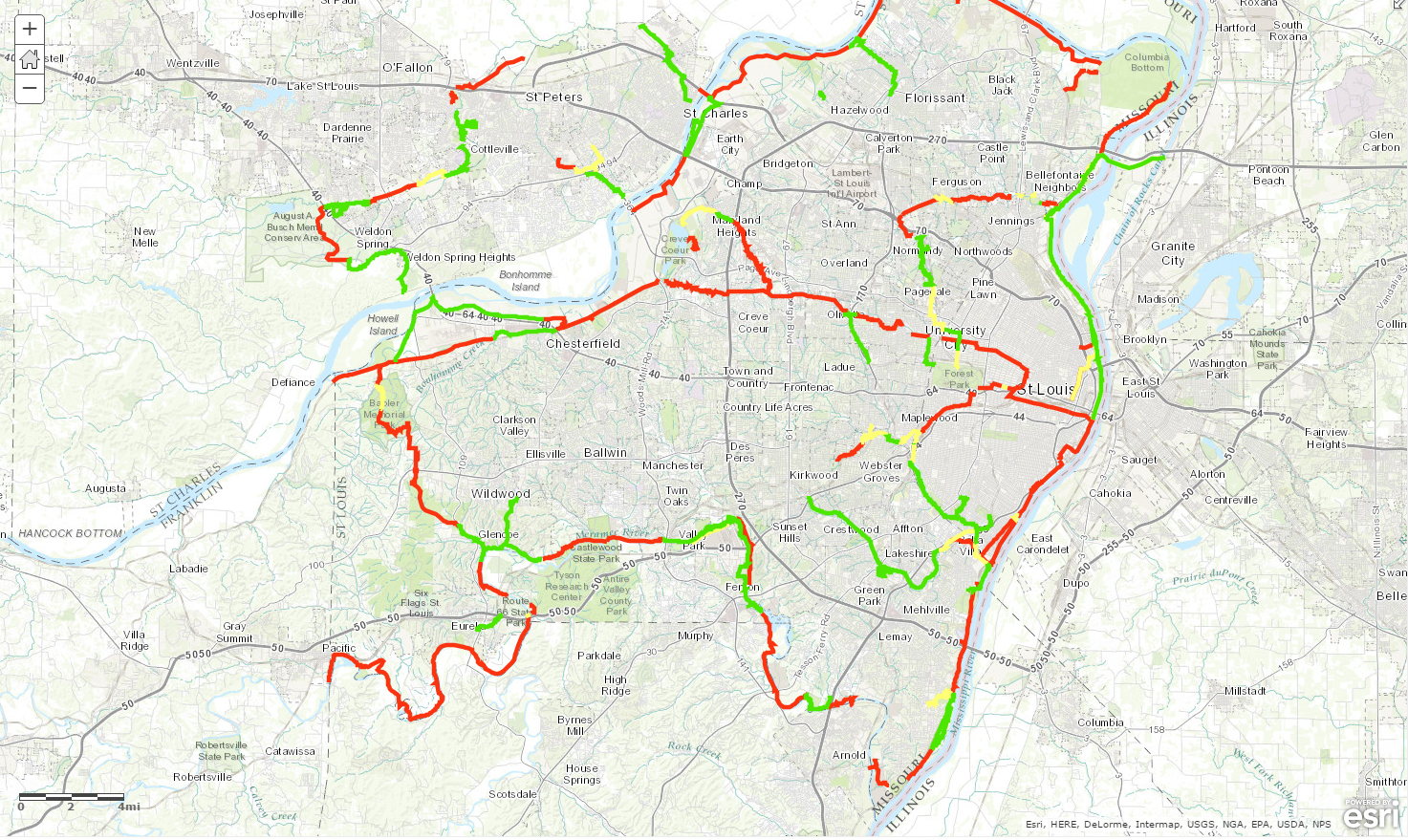 As 2016 came to a close, GRG released updated data from what they completed in 2016 and the plans for 2017 (and posted a blog post on the details of some of the new projects). That data is on this map, and I also created an app that allows easy comparison between the two years:

What are your favorite trails in St. Louis? Let me know in the comments.

Summary of all map links from above:

Written by Gavin Rehkemper on December 30, 2016